A child with a reticulated erythematous rash

A child with a reticulated erythematous rash

A 10-year-old girl presents with an asymptomatic, reticulated, erythematous rash on the medial aspects of her thighs and lower legs of one-week duration (Figure 1). Her parents report that the rash appears worse when she has been outside or running around. The girl is otherwise well and does not have a history of any skin diseases.

On questioning, the parents say that the girl had mild coryzal symptoms approximately two weeks earlier and they recall transient facial erythema. She was not febrile at any stage.

Conditions to consider among the differential diagnoses for a child of this age include the following.

The diagnosis of erythema infectiosum secondary to parvovirus B19 infection is usually clinical, based on the progression of the rash from the ‘slapped cheek’ appearance to the reticulated exanthem. As well as the typical rash there are several established clinical associations with parvovirus B19, which may necessitate confirmation of the virus. These include polyarthropathy, papular-purpuric gloves and socks syndrome, transient aplastic crises in at-risk individuals (decreased red cell production) and hydrops fetalis. The risk of hydrops fetalis is greatest in the first 20 weeks of gestation. The overall risk of hydrops fetalis and stillbirth is low (3.9% and 0.6%, respectively) and pregnant women are not routinely screened for parvovirus B19 infection unless they have been exposed.3 If confirmation of infection is required – for example, in anaemic or immunocompromised children – serological testing for parvovirus IgG and IgM or parvovirus PCR will indicate the presence of infection. It should be remembered that the potential for virus transmission is early in the disease course, between the prodrome and onset of the rash.

There is no specific treatment for erythema infectiosum secondary to parvovirus B19 infection. Affected children may remain at school as once the rash develops the virus is no longer contagious and they are typically not symptomatic. Red cell or intrauterine transfusion may be required for aplastic crisis or hydrops fetalis, respectively. Figure 1. The reticulated rash, which was present on both of the child’s legs at presentation. 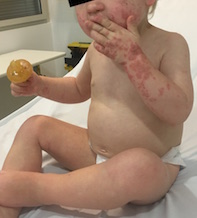 Figure 2. A well baby with rash secondary to an enterovirus infection.

Common skin problems in children. Infectious rashes and infestations
Overview of cutaneous fungal infections
Common and important skin rashes in primary care
A 6-month-old boy with a vesicular rash
Peeling of the palmar surface of the fingers

Tonsillitis: the worst-case scenario
A child with a reticulated erythematous rash
Acute respiratory tract infections in childhood
Headache, rash and the fear of deadly meningococcal sepsis
Investigating the patient with a raised white cell count